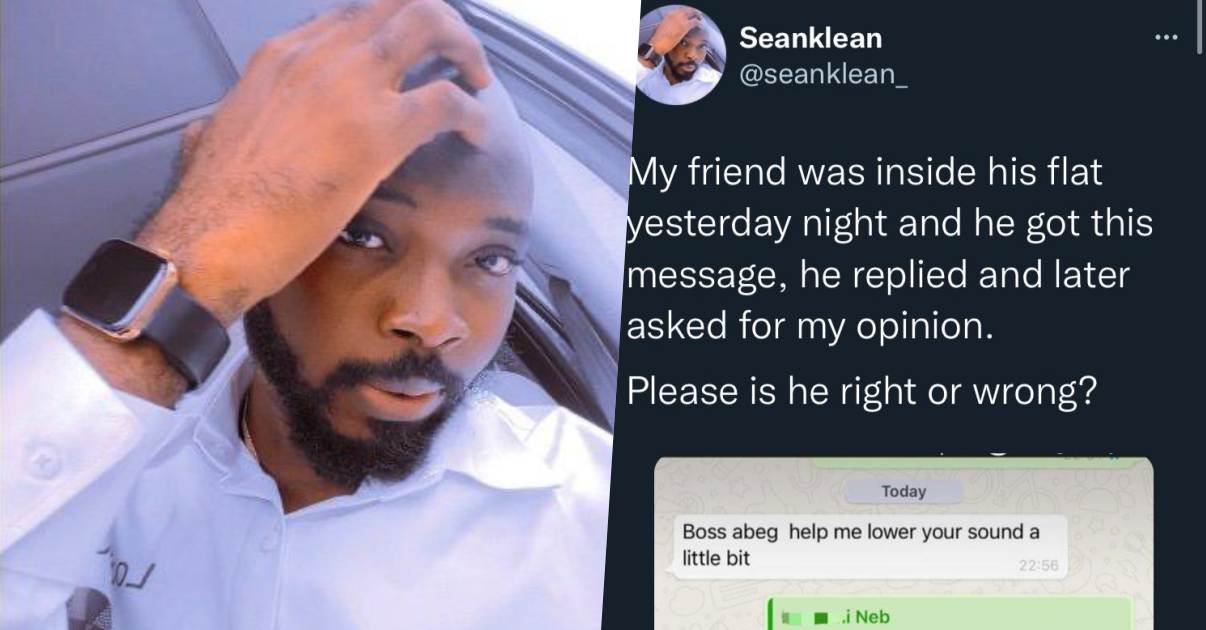 GistReel Young man expresses utmost disrespect from his co-neighbor who sent him a message asking that he reduce the volume of his sound system. According to a Twitter user identified as @seanklean_, his friend asked for an opinion on his reaction after lambasting a fellow tenant who encouraged him to turn down the volume of his […]
http://dlvr.it/S870vk