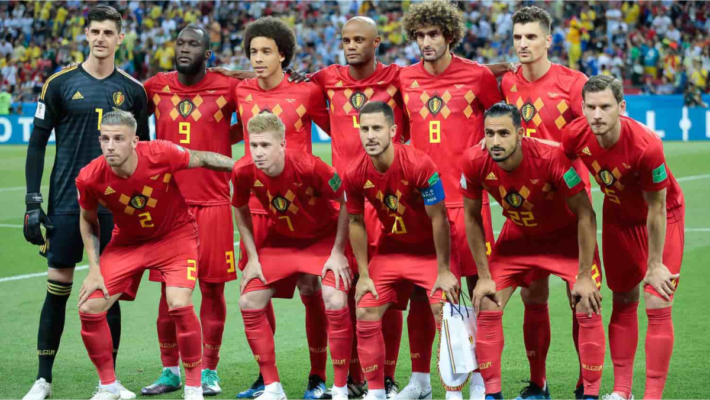 European football ruling body UEFA will support protests against racism during the Euro 2020 matches, including if the referees join and take a knee.
“Any player or official” is allowed to do so, UEFA told dpa on Sunday after the match between Belgium and Russia on Saturday evening.
Before the kick-off in St Petersburg, the Belgian players and the referee Antonio Mateu Lahoz took the knee.
There were loud whistles and boos from the crowd at the arena.
Belgium won the game 3-0.
The action of kneeling ahead of a sports event began in 2016 when NFL quarterback Colin Kaepernick did so in the U.S. to protest against racism.
“We urge spectators to show respect to players and teams who take the knee,” UEFA said, referring to its “zero tolerance” of racism.
Everyone is allowed to stand up for equal rights, it said.
Before the Euros, players of the England national team also took the knee before their friendly games against Austria and Romania.