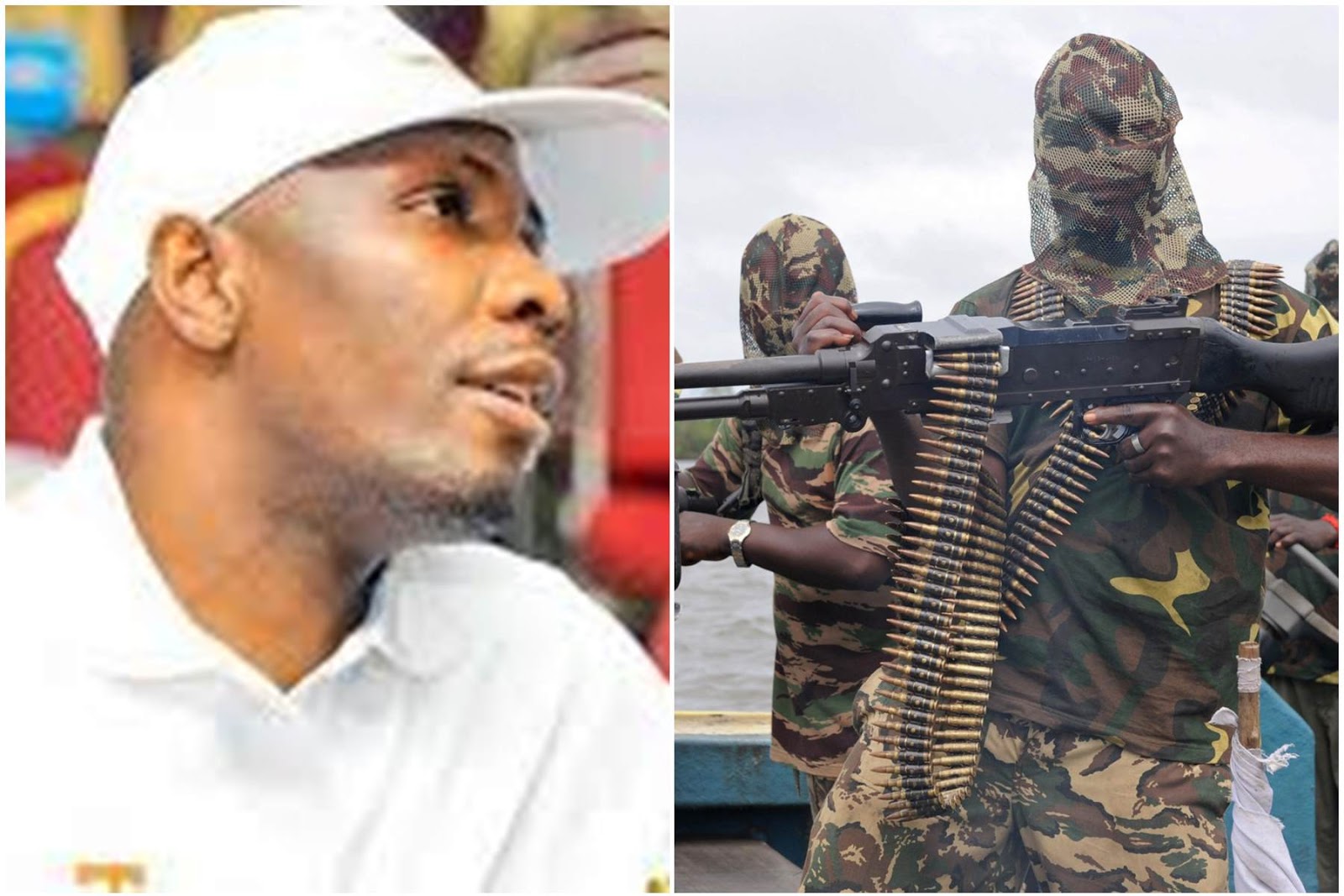 MILITANT groups in the nine states of Niger Delta have teamed up with the General Officer Commanding, GOC, Niger-Delta Struggle, Government Ekpemupolo, alias Tompolo, and protesting Ijaw Youths Council, IYC, threatening to shut down major oil flow stations, wells and crude delivery lines of Nigerian National Petroleum Corporation, NNPC, in the region over President Muhammadu Buhari’s refusal to instruct Minister of Niger Delta Affairs, Senator Godswill Akpabio, to inaugurate the substantive Board of Niger Delta Development Commission, NDDC.
The militants under the auspices of Supreme Egbesu Freedom Fighters in a statement by the Commanding Officer, self-styled “General” Agadagba Obus, alias Thunder, warned: “If the Federal Government refuses to inaugurate the NDDC board within the seven-day ultimatum already declared by Tompolo, then we will have no choice than to join hands with him, IYC and other agitating militant groups in the creeks to shut down oil exploration activities on all flow stations in the region.
“The Escravos-Warri to Kaduna NNPC major delivery crude line; Escravos- Lagos Atlas Cove delivery line; Trans Escravos Warri- Kaduna gas line that supplies electricity to Abuja will not be spared and also the Trans-Forcados 48- inch terminal underwater Shell/NNPC crude delivery pipeline with most of the Chevron RMP24 Clough creek line will all be brought to stand still if Akpabio refuses to lay off his hands and allow the Federal Government to inaugurate the NDDC board.
“The presidency and the Federal Government should hold Akpabio, the Minister of Niger Delta Affairs, and the Sole Administrator of NDDC, Effiong Akwa, responsible for whatever happens at the end of the seven-day ultimatum in the creeks of the region.
“We want to make it clear that with the way things are going, President Buhari, who was elected to provide good governanceto ensure the welfare and betterment of Niger Delta people and Nigerians at large, cannot fold his hands, keep quiet and allow so-called corrupt minded politicians from the region to push him against the wish of the people in the region.
“These and many other anti-people decisions are frustrating the tireless peace efforts made by some political leaders like the Deputy Senate President, Senator Ovie Omo-Agege, and other stakeholders that have worked tirelessly to achieve sustainable peace in the creeks and now beinf jettisoned by the greed of just one man with a false fake pretence of forensic audit and no good intention for the people of Niger Delta.
“Rather, the crooked, fake, stage-managed and arranged forensic audit is just a ploy and slogan to shortchange, silence and deny oil-producing states and ethnic nationalities in Niger Delta proper representation on the board of the NDDC commission so that one person will continue to hold the entire region to ransom and it will not be allowed anymore.”
The agitators further cautioned that the Coordinator of Presidential Amnesty Programme, PAP, Milland Dikkio, “cannot stand on our way or calm us down” if the seven-day ultimatum was not heeded, adding: “The long emancipated people of the Niger Delta have been denied better life despite their blessed human and natural resources.”