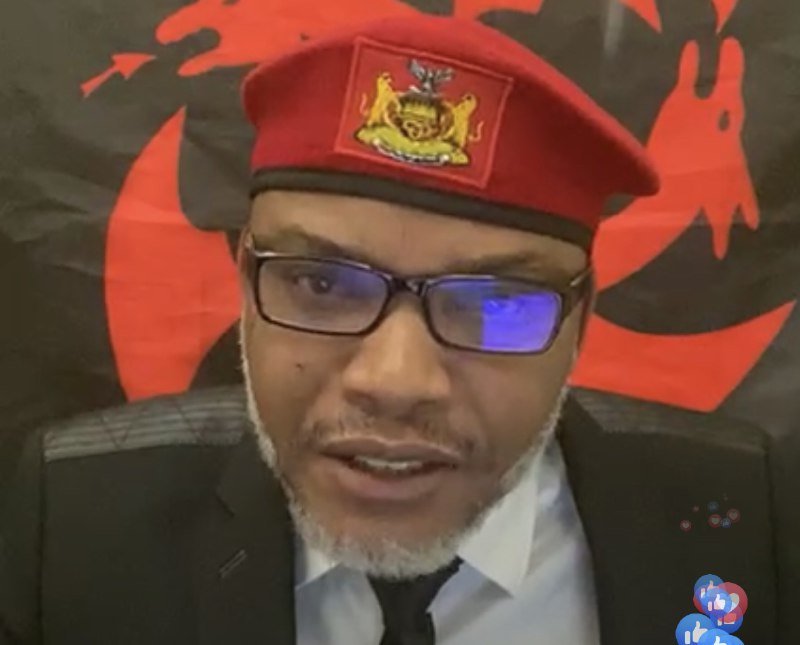 The leader of Indigenous People Of Biafra, Mazi Nnamdi Kanu has reacted to the death of Nigerian Army Chief of Staff.
Gbam TV had earlier reported that Mr  Ibrahim Attahiru was killed in a plane crash alongside other military chiefs who were on the same flight with him.
Speaking on the incident through his Facebook page, Nnamdi Kanu said, “The same way he ordered the killing of Mrs Okoroafor with high explosives a few days ago, is how the aircraft he was traveling in exploded into a fireball.
“As Mrs Okoroafor’s body was burnt, so also was his body burnt beyond recognition. When you say “over my dead body will Biafra exist” that is exactly what will happen to you; you will die.”
Recall, the Nigerian Army have reportedly shot the Mother Of IPOB Lawyer, Barrister Richard Okoroafor Dead, Gbam TV gathered.