Nigeria Army has launched an operation targeting Indeginous People Of Biafra(IPOB) and Eastern Security Network (ESN) Despite all the insecurity ravaging in the Northern part Nigeria, the acting Inspector-General of Police (IGP), Usman Baba launched the operation codenamed “Operation restore peace’’ in the South-East, targeted at dealing with members of the Indigenous People of Biafra (IPOB), Eastern Security Network (ESN), among others.
The launch, which was held Tuesday in Enugu, was attended by Commissioners of Police and deputy governors from the Southeast states of Abia, Anambra, Ebonyi, Enugu and Imo.
Speaking during the launch, Baba said the initiative was part of President Muhammadu Buhari’s directives to the police to re-evaluate and evolve new operational strategies, revealing that it will stem the tide of violence and secessionist agenda in different parts of the country.
He said: “There must come a time in the life of a nation when we, as a people, must strengthen our will and resolve to mobilise and deploy all our assets towards confronting these criminal elements. We’re taking the battle to their doorsteps and making a clear statement that the few deviants within us cannot and will not re-order our cherished national values. 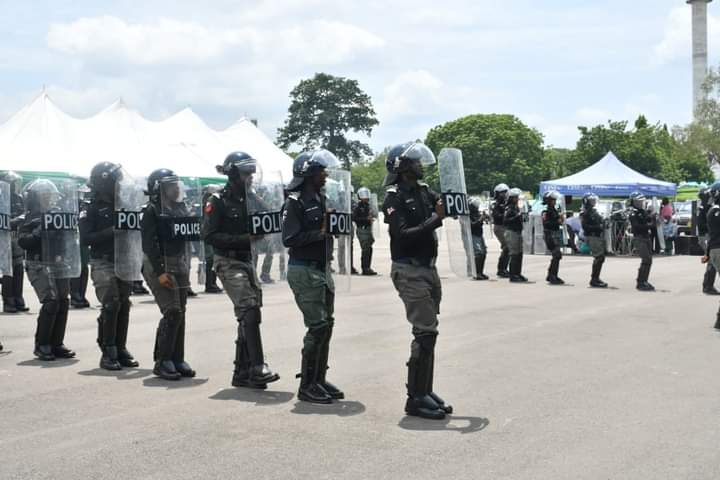 “The Southeast has, in recent years, been witnessing increasing cases of kidnapping, armed robbery and communal violence. This trend has of late been laced with inter-ethnic intolerance and separatist agitation; championed by the Indigenous People of Biafra (IPOB) and its armed wing, the Eastern Security Network.
“The IPOB’s separatist agenda has assumed an armed dimension, with important political and community leaders, personnel and assets of security agencies being constantly targeted in clearly well-coordinated, premeditated violent attacks.
“Aside this, the deepening inter-ethnic prejudice and intolerance in the region is also occasioning unjustifiable inter-ethnic violence and counter-violence. Apart from the massive loss of property and fatalities, the violent campaigns are beginning to have damaging effects on the socio-economic development of the region.
“The operatives selected for the operation should restore peace, respect people’s right and be professional in the discharge of their duties. The people, political and community leaders, should cooperate and support the operation to succeed in the interest of peace, security and safety of all.”
Earlier on, Enugu State Governor, Ifeanyi Ugwuanyi, said the operation was timely, following recent developments and increase in the level of crime and criminality within the zone, assuring the IGP of the cooperation and continuous support of his government to the police and other security agencies in the state.
“This operation cannot come at a better time than now, with the heightened insecurity in the zone and other parts of the country. It is hoped that the operation will help to rejig the security architecture of the Southeast and restore lasting peace,’’ he said.
Also, the Deputy IGP in-charge of the zone, Mr Joseph Egbunike, who is also the Theatre Commander of the operation, applauded the acting IGP for coming out with the initiative, promising that the team would return and restore peace and “create the environment of safety for all’’.
“My IG sir, you do not need to worry. We have enough able and capable officers and men on ground to discharge this operation and get the needed result,’’ he said.