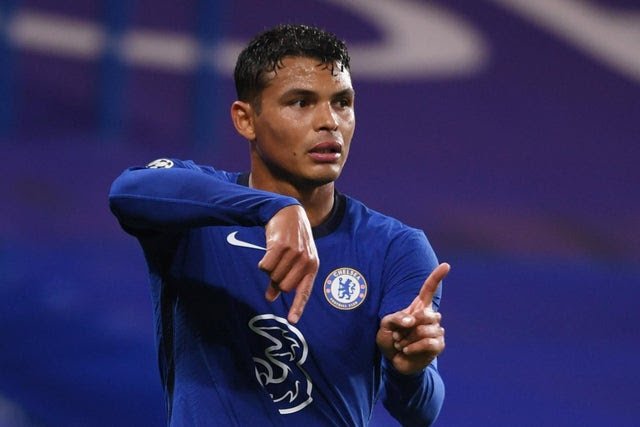 Chelsea defender Thiago Silva said he felt bad for four Juventus players, Gianluigi Buffon, Danilo, Alex Sandro and Arthur.
Silva made the remarks in response to Juventus Serie A’s 3-0 defeat to AC Milan last Sunday.
The Brazilian, who left Milan for almost four years at PSG in 2012, hopes to see the Rossoneri reach the Champions League next season.
“I have been thinking about this moment since I left Milan. I have been thinking about Milan’s Champions League qualification every year,” Silva told Sky Italia.
“This season, we’re close. I saw the game against Juventus. I was a bit sad for Juventus’ Brazilian players: Danilo, Alex Sandro, Arthur. Even for Gigi [Buffon], we played together in Paris.
“But Milan played a great game and deserved to win. I think they deserve to qualify for the Champions League. They have had a great season, and they deserve it for what they have done in six, seven months.
“I’m still a Milan fan, I hope I can see them again and return to San Siro, which is a special stadium for me.”