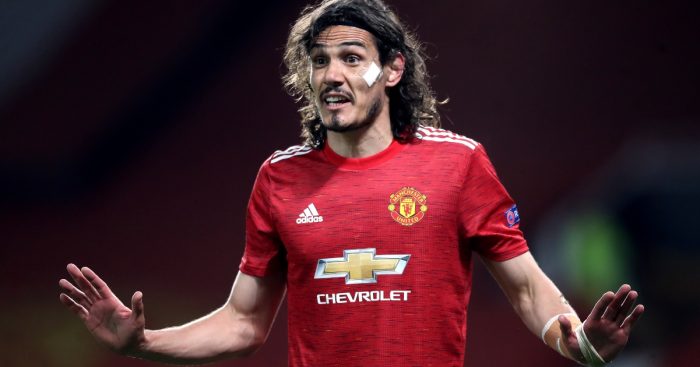 Manchester United striker Edinson Cavani has revealed who convinced him to sign a new contract at Old Trafford.
Cavani said his Man United team players, fans and everyone on the team have assured him that he will extend his stay at the Red Devils.
The Uruguayan star on Monday signed a new one-year contract that will keep him at Man United until June 2022.
Cavani joined Manchester United from Paris Saint-Germain last summer.
“What’s my motivation to stay, quite simply, I would say it’s exactly what this club represents as an entity, as an organization,” Cavani told Man United’s website after signing the new deal.
“That is down to the club itself, but also the people who work behind the scenes and within the club, obviously the supporters as well. As the days, weeks and months pass by, you do get to develop a huge affection for the club, and I think, on a human level, it creates a bond with yourself, your teammates and everybody who is part of the club, and you start to feel that.
“You notice that it’s a real motivation, and it gives you a desire to want to stay. I’m very excited and keen to stay for another season, to give it my best, to help the club on the field as I can and hopefully bring some happiness and joy to the supporters.”