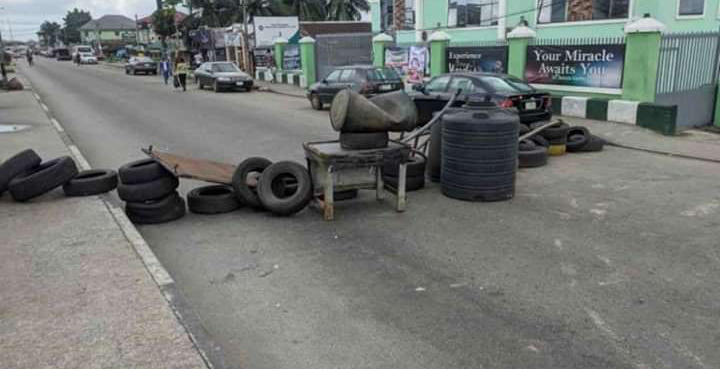 Rivers State police Command has blocked access to its stations due to a growing case of insecurity and attacks on its facilities in the state.
This follows an attack on three police officers in the province over the weekend that resulted in the deaths of at least seven police officers.
The Command has taken effective measures to block the roads leading to their stations in the hope of preventing the stations from being attacked by unknown gunmen.
This has led to an increase in traffic in some parts of the state, especially the elekahia-Stadium axis of Port Harcourt.
Another axis facing the highway due to the closure of the intersection at Rumuokoro-Rukpoku.
The order confirmed on Saturday the killing of seven of its employees by unknown gunmen, promising to arrest the perpetrators.