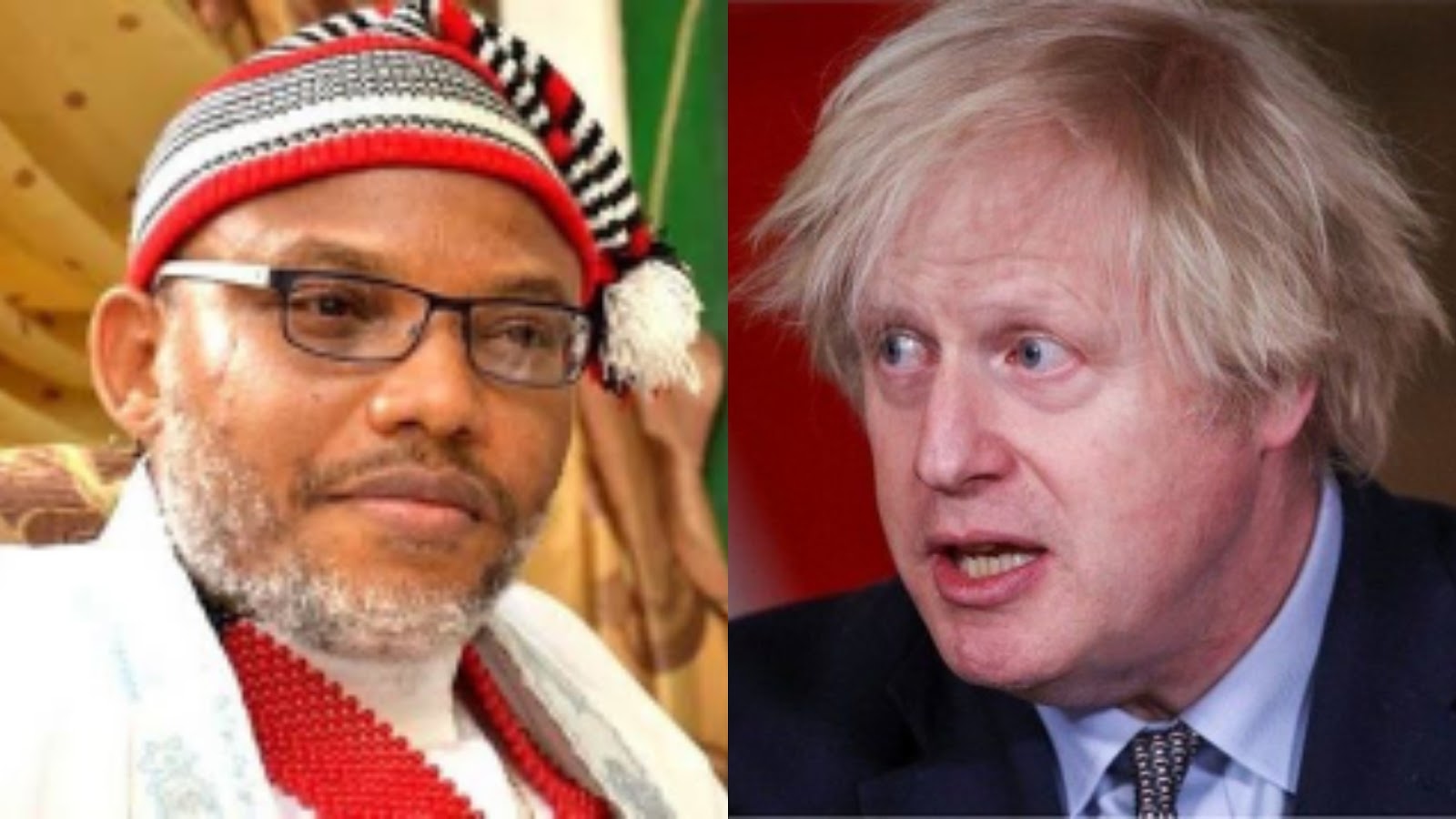 Nnamdi Kanu, the leader of the Indigenous People of Biafra, IPOB, on Tuesday said members of his group need a referendum and not asylum.
Kanu was reacting to reports that the UK government was ready to grant asylum to members of IPOB.
The IPOB leader, who spoke through the group’s spokesman, Emma Powerful, however, commended the UK government for such gesture.
A statement by Powerful reads: “We the global family of the Indigenous People of Biafra (IPOB) ably led by our great and indomitable leader Mazi Nnamdi Kanu, has noted with satisfaction the news that the United Kingdom has agreed to grant asylum to persecuted Biafra agitators resident in the UK.
“While we commend them for this bold initiative, we wish to most graciously remind them that what we Biafrans need and cherish the most is referendum and not asylum in the UK. We are tired of living in bondage in the devilish contraption called Nigeria they single-handedly created.
“We would not wish our children, now and generations unborn, to share the same geo-political space with those that reward terrorists and criminalize law abiding citizens. We particularly thank the UK government for confirming what the rest of the civilized world already know that the great IPOB worldwide family are not TERRORISTS but peaceful agitators and freedom fighters.
“That Nigeria is a country run by terrorists for the benefit of terrorists has been confirmed by this noble move by the United Kingdom. Aso Rock, the seat of power in Nigeria is a terrorist haven with serving ministers who are openly sympathetic to terrorists and their activities coming and going as they please, while freedom fighters are languishing in jail. We want freedom not asylum.”
Meanwhile, the Minister of Information and Culture, Lai Mohammed, has condemned the UK’s Asylum gesture to the seccesionist groups saying such action would undermine Nigeria’s fight against terrorism and insecurity.