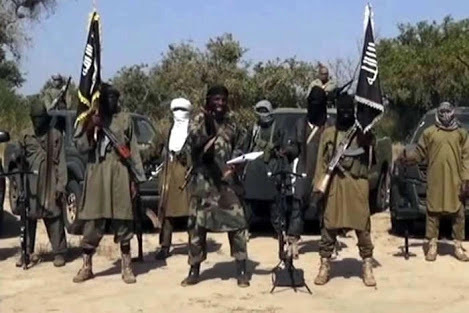 US General: Boko Haram Most Lethal Terror Group In The World
The Commander of the United States’ Special Operations Command Africa, Maj. Gen. Marcus Hicks has described Boko Haram as the most lethal terror organisation in the world despite claims by the federal government that the extremist group had been significantly degraded and technically defeated.
The issue of Boko Haram’s power came up at a press briefing held in the US on Thursday on anti-terror efforts of the US government and made available to THISDAY yesterday by the US embassy.
The military commander spoke on US efforts to reinforce development, diplomacy, and defence, including the Flintlock, an annual exercise in Africa, and noted that the US had shifted its focus of training from tactical proficiency of small units to command and control of joint forces.
“Likewise, we have participants from the Multinational Joint Headquarters in N’Djamena that address the threats of ISIS West Africa, which is really in North-eastern Nigeria, and Boko Haram, its predecessor….which is the most lethal terrorist organisation in the world, in Lake Chad,” General Hicks remarked.
When asked why Nigeria and other African nations are so important to the US, the American Ambassador to Niger, Eric Whitaker, at the conference said: “I think Africa is important to US’ national security for a variety of reasons. We have a long, historic relationship with the African continent and its 54 countries, keeping in mind that no less than 13 per cent of our US population derives from the mother continent.
Africa, a continent of over 1 billion residents, is a continent with which we have important relationships, whether it’s in diplomacy, development, or defence for several decades now.
“We wish to expand trade with these countries, including through the AGOA, the Africa Growth and Opportunity Act, to help countries develop their economies through trade. We also have humanitarian assistance to help countries who have food insecurity situations, for example.”
Hicks added that the training focused on members of the G5 Sahel and the Multinational Joint Task Force, around Lake Chad with eye on Boko Haram and ISIS West Africa.
Speaking further, he said: “We hope and plan to exercise command and control over tactical units at the joint multinational headquarters, which will be located in Agadez, and this will be the first year that Flintlock’s training audience will actually exercise command and control over tactical units in a scenario.
“The scenarios will be based on real-world threats of the violent extremist organisations currently threatening our partner nations in the greater Sahel…. We also believe in the D3 approach, and as we bring a defence aspect to enable diplomacy and development, we also bring in training our African partners in military information support operations in order to counter the extremist messaging and to promote defection from extremist organisations.”